NEW RELEASE and ARe Celebrates Earth Day with a SALE! #RomFantasy 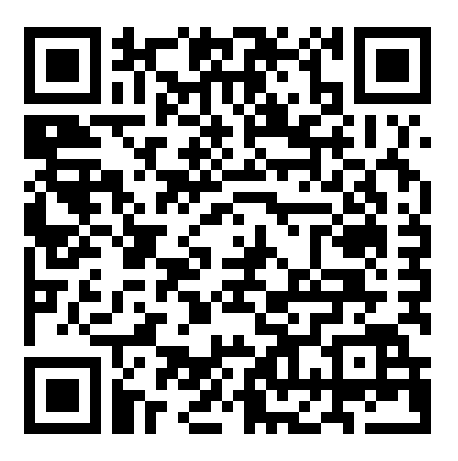 SO... book lovers!! Today everything is HALF PRICE at ARe Romance, so if you're missing one of my titles, or looking for a new one to try - today's a great day to jump in - the rebate will be credited to you, and then you can buy MORE awesome books from some of the best authors in the business!! 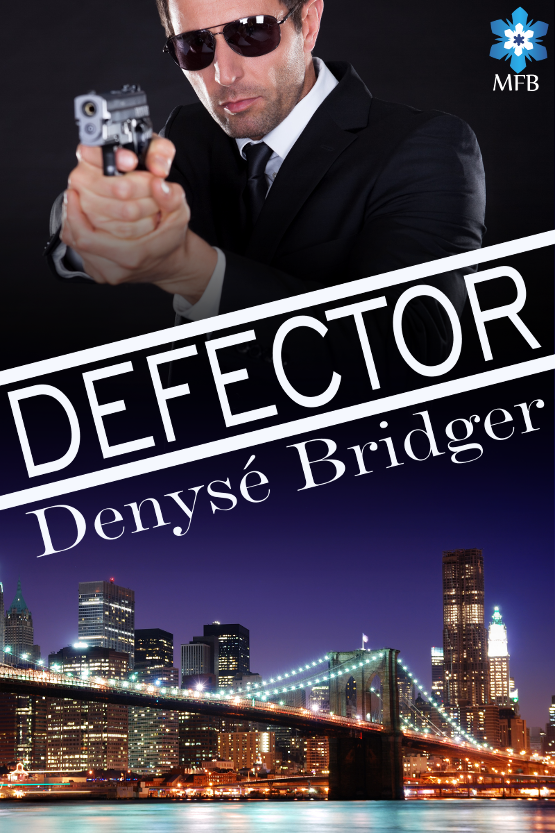 Andrew Dahle is a career spook, with no messy emotional ties to complicate his life. He’s worked with the best, and despite himself, he’s about to discover that he’s got friends he really didn’t know he wanted.

A straight-forward operation to grab a defector before he can leave the country with a top secret project goes wildly awry, and forces Andrew to choose between saving the life of a colleague’s son or nailing his target. To his great surprise, he saves the young man’s life, and wakes up in a hospital.

Grateful, Richard MacAvoy, a retired agent with his own elite contacts and players, steps in when Dahle is injured saving his son. Desperate to complete his mission, Andrew reluctantly accepts the help MacAvoy offers, and in the process just might learn that alone isn’t always the best way to work, and friends might be worth the vulnerability he’s always shunned.

An ARe best-seller already, and you can now get it hot off the NEW release press at a half price discount: HERE

Also available at AMAZON and direct from the PUBLISHER


“All right, you know exactly what I expect to happen here,” Andrew stated calmly. At the brief nods he received, he began to turn away, until Brad Matthews posed a question Dahle had hoped to avoid.

“What if something alerts him and we have to abort or risk casualties?”

Dahle took a deep breath and silently cursed Michael again. The Director knew better than to saddle Andrew with a partner, yet he’d done it another time—after a long and loud discussion. This young agent was about the worst of the lot, though.

“My mission here,” he began with forced patience, “is to see that Hunter does not escape with the Phantom plans. That is our only reason for being here, and I fully expect to have him in custody. If anybody interferes, consider it secondary to getting this idiot. Is that understood?” He eyed each of the three men he’d been given to complete the maneuver quietly and quickly.

Not one of them dared risk further questions as they met the ice blue of Dahle’s stare. They nodded their understanding, and two of the men slipped away without so much as a mutter.

“Where do you want me positioned?” Matthews asked.

Andrew resisted the cryptic suggestion that sprang to mind.

“Once Phillips and Weyburn have gotten into position on the roof, I want you inside. I’ll coordinate from here.”

“Think we’ll be able to get him outside?” Brad wondered, nerves making him talk more than he knew he should have been—especially to this man, he noted mentally.

“He thinks he’s safe in the Museum. He’s met his contact here before. Once he comes into the street, it will simply be a matter of handing over the project plans or dying where he stands. Those two are about the best marksmen we’ve got,” Dahle told him, again with that patient, condescending tone which infuriated the younger agent. A beep in the earphone he wore told Andrew his snipers were in place.

“Get inside, Matthews,” he ordered. “And, for Christ’s sake, don’t get anywhere near him, just follow him out!”

As he watched Matthews go into the huge Metropolitan Museum of Art, he stilled the hand that wanted to rub at his temple. He knew the gesture was becoming a nervous habit, and it irritated him. He pulled out his sunglasses and glanced at the rooftop opposite the Met. He knew exactly where the two men were supposed to be positioned, and he spotted them simply for that reason. He raised the radio he held and spoke into it. “Stand by, he should be coming out anytime now.”

Satisfied that things would go according to plan, Dahle got into his car to wait until Brad got Hunter into the open for him.

Almost fifteen minutes had passed since Dahle had sent his partner inside the huge museum, and there was still no sign of Hunter emerging from the building. Nor any word from Matthews, he added furiously. He was beginning to have serious doubts about the smoothness of this operation. It should have been simple and straightforward, but each minute that passed made him feel less and less certain about that assertion.

Too many people around, he observed for at least the tenth time in that many minutes. Not that he had any humanitarian reason for the concern. Mostly it just annoyed him that the presence of too many people complicated his chances of a successful capture of this traitor Michael wanted back. If bystanders died, it was hardly of any importance to Andrew—as long as Hunter wasn’t on the casualty list until after he’d recovered the Phantom Project plans.

Damn!  There should have been a signal by now.

The sound of a gunshot echoing through the museum was not the signal Dahle was waiting for, and he felt rage swell instantly. Panicked screams followed the shot, and he got out of the car, gun in hand, then started toward the main entrance. He’d gotten no further than a few steps in that direction when he was stopped short by the two figures coming out the doors.

Disbelief and anger fought for release as he stared at Hunter and his hostage. Blue eyes met blue, and Andrew almost winced at the relief he read in the expressive features of Danny MacAvoy. The damn kid really thought Dahle would save him from his bad luck!  What truly infuriated Andrew was the unwilling realization that the young man was right. Despite his orders to the contrary, he was going to be the one breaking his own game plan rules. The unflinching faith in Danny’s eyes wouldn’t allow him anything else.

“Let him go, and you can get away, Hunter,” Andrew said flatly.

“He’s coming with me, Andrew,” Dylan said around an icy smile. “Do you think I don’t know how well planned this must have been?  I know Michael’s confidence in you, and I also know it’s justified. You wouldn’t risk my escape. Where’s your back-up?  It can’t be that fool who fired inside. You wouldn’t tolerate that kind of stupidity.”

“You won’t get past the steps with a hostage,” Dahle assured the designer. “Unless I give the order to allow it. I won’t do that until you release the boy.”

Andrew actually smiled at the unmistakable fear he heard in the other man’s voice. He knew they’d reached a veritable stand-off, and the choice now was to let Hunter escape to save MacAvoy’s son or to risk the kid getting in the way when one of his people took out the weapons designer they were after. Somehow, despite his earlier statement about their abilities, he wasn’t truly convinced either sharpshooter had the skill to avoid a possible injury to the young man Hunter was using as a shield. Which meant the decision was his call.

Dahle allowed himself another look at Danny, wondering briefly why he was even remotely concerned. He was the one who had stated categorically that the operation came first, so why was he hesitating?  The answer was one he really didn’t want to acknowledge; Danny MacAvoy reminded him too clearly of things he’d lost so long ago that he was often sure he’d never possessed them. His last encounter with this young man had reopened old wounds he’d long thought healed. The protectiveness he instilled in the people around him was contagious, as well. Andrew had come face to face with Angelo Johnson on that count, more than once. Now he found himself examining the very things that must have swayed so many others; he knew the innocence and the courage, the unyielding faith that was written so clearly in the boy’s face.

Damn you to hell, MacAvoy!

“Go!” he snapped at Hunter. His only concession to Danny’s questioning glance was a barely perceptible nod, but the kid returned the gesture, with a small smile that set Dahle’s teeth on edge.

“Instruct your people not to shoot, Andrew.” As he gave the demand, Hunter was inching toward his car, parked a few yards away from Dahle’s Silver BMW. His hold on Danny hadn’t loosened at all.

Andrew raised the radio to his mouth and issued the order. “Let him get into his car, cancel previous orders.”

He took a step toward the two men, noticing almost absently that the street had cleared of people around the front of the museum. Danny saw the movement; it registered clearly in his eyes. The kid’s going to make a move, Andrew realized, anger reigniting in the time it took for the thought to form. Without consciously thinking about it, Dahle made a desperate grab for Danny at the same instant the young man jerked away from Hunter. The opposing momentum caused them to literally collide with each other and they both went down.

Andrew recovered instantly and pushed the kid’s face down on the sidewalk as he climbed to balance on one knee, his gun drawn. He took aim.

Several shots split the unnatural quiet of the afternoon. Dahle heard them through a haze of disbelief as pain tore into his shoulder and spun him backward. He hit the pavement next to Danny and watched in confusion as a body tumbled down the museum steps.

“How bad is it?” Danny asked, his concern evident in his lack of awareness to what was going on around him.

“Bad enough, kid,” Andrew snapped. He ignored the stabbing pulse of pain that fanned outward from his right shoulder, and he hauled himself back to his feet, with Danny’s unwelcome help.

“What the hell happened?” he shouted, when one of the two snipers came running toward him.

“He got away, but we took out the back-up,” Jason Phillips said, his voice breathless from the frantic dash he’d made from across the street. “She’s the one who got you,” he added, indicating the body sprawled across several steps.

Danny’s eyes widened, and he took an unconscious step backward when Andrew brushed past him to go have a look at the woman.

“Get inside and find out what the hell’s happened to Matthews,” Andrew directed. “If he’s not dead already, he’s going to wish he was before I’m through with him.”

“Shouldn’t we call the medics?”

Andrew didn’t respond. He got a clear look at the face of the woman who’d shot him, just before the darkness swallowed him and took away the shudders of agony that wracked his body.

DEFECTOR will be on tour with Shades of Rose Media May 5th!