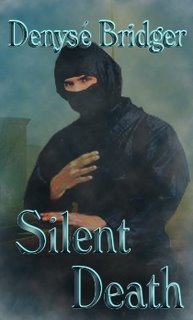 This is the cover for my first release with New Concepts Publishing! Isn't it great? No details yet, but as soon as I have a tentative date, I'll let everyone know! Wanted to share this beautiful cover right away, though!!
1 comment:

The Domino Effect
Available from: Liquid Silver Books
3 Angels - Fallen Angel Reviews
Denyse Bridger’s The Domino Effect is an action-packed romantic suspense. Daniella and Martin are an engaging couple that are able to let love lead them. The story starts off with action when Daniella is kidnapped and the action does not stop until the very end. Ms. Bridger has created characters that will not soon be forgotten, not only are Martin and Daniella unforgettable but so are the secondary characters. I enjoyed that when faced with a tough choice, Daniella was willing to put Martin first without considering how her actions would affect her. This is not a book to be missed.
Reviewed by: Tewanda
No comments:

Wow, this was amazing to read. To be honest, if the review was not due I think I would still be stuck in this book's magic. I must have reread this book six times already this week. This book has everything I could have ever wanted in a story. It was sexy, it was romantic, it had a strong family feel, and it was very, very real. Congratulations, Ms. Bridger, you have a winner.
To read an excerpt, click on the cover image.
No comments:

My first "Island Escape" column is now ready for viewing/reading at Wicked Escapes ezine. It's a sexy, in-your-face serial that is not the stuff of sweet romance. So, if you'd like a short, hot, sexy read over your coffeebreak, take a minute and visit!! Just click on the above graphic, and you're there!
No comments:

This is the company of a very dear friend, and they have some of the most wonderful stuff on their site, you really should take a few minutes and have a look!!

And for your consideration, our lovely pirate captain Vixen and her stalwart naval officer lover Jamie have gleaned the Coastal Market in search of some delicious valentine gifts for your beloved pirate or sailor ... or maybe for yourself! We are offering complimentary gift-wrapping and a hand-calligraphied message for all gifts ordered before February 7th (Stateside) - to our overseas visitors, please make your purchases by February 1 in order to make certain your gift arrives in time for February 14, Valentine's Day.

Sail over to Cyphre Voudou where majick for loving comes in the most delightful packages!

Five flags for Descent Into Darkness

Descent Into Darkness by Denysé Bridger spans over various times and centuries where this dark fantasy vampire fiction story spirals around the characters of Alexander, Amberlaine and supporting characters Julian and Diana. The story is so intense at times by the brutal murders, that you also have a dark thriller that is very hard to put down until you know what happens to the characters. The author, Denysé Bridger, surprises the reader throughout the book on the turn of events that the reader would have never thought would occur. It’s at times, a fatal love story, but no ending in sight to know how most of the characters lives end. Alexander DeLenoir has such a dark past and conscience and morality, that the reader will have mixed feelings on him from scene to scene. This is partly what makes this book a great thriller. The passion between Alexander and Amberlaine is erotic and dark. The reader will feel the intensity of their love that becomes so addicting and maddening. The author promises her readers more of their story and an ending that will be anticipated until the pages are turned again. A quote from the book, very much gives a one sentence look of the story: "When you are in love with a madman, Julian, his madness becomes all that you are, and the darkest places of the soul become your home. Your descent into darkness is made complete."

The complete review can be viewed at Euro-Reviews
To purchase this book, or read an excerpt: Liquid Silver Books
1 comment:

The Light Within My Soul 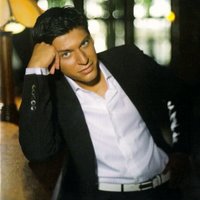 THE LIGHT WITHIN MY SOUL is an exciting new contemporary romance I’ve been working on, with the goal of submitting it to the Harlequin Presents line.

The story is set in Rome, and involves a stunning Italian singer, and a young tourist stranded in the city. Their story begins when one of Italy’s glittering stars returns home to make a video for his latest release, and spend some vacation time in the small village of his birth. Jaded and tired, Patrizio Bartolinni is not looking to become involved in anything more demanding than a swim in the pool of his secluded villa. He’s had enough of paparazzi, socialites and debutantes, as well as the glitz and glamour of the parties and receptions. He needs time to be alone and do some soul-searching. But, life seldom works out the way anyone plans, even an internationally acclaimed singer.

During what should be the final day of filming his new video, Patrizio’s sound people pick up a disturbance at a nearby café interfering with their shoot. The handsome singer decides to see if there’s anything he can do to help the distraught girl in the middle of a heated argument between the owner and a young man seated at the table with her. When he has straightened things out and gone back to work, he thinks that’s the end of it. But, the girl is at the café again the next day, and he soon discovers she’s been stabbed and is near death. Things quickly change for the renowned singer when the results of an investigation suggest the reason for her injury might be connected to Patrizio, and not her cheating boyfriend.

Telling himself he is simply taking responsibility for the girl because of what the police have told him, Patrizio takes her to his villa to recover, and it’s not long before the seductive playboy finds himself falling very much in love with her.

For Jillian Light, a woman barely aware of the fame of the man who has come to her rescue, an affair with a gorgeous Italian was never in the cards when she decided to visit Rome with her fiance’s tour company. Finding Brad Savage in bed with an employee of the hotel they were staying in was devastating enough, but being confined to a villa with the striking man who saved her from bleeding to death was creating an entirely different kind of terror in her vulnerable heart. Patrizio Bartolinni was the type of man a woman never forgets once she’s fallen under his spell, and he was definitely out of her league in a big way. Yet, kindness and warmth could weave a bond that no amount of good sense could escape, as she was about to find out.

Falling in love with him more each day, Jillian is torn between the desire to give herself to the affair and walk away with a cherished memory, and the need to retain what little freedom she still has in his presence. In the midst of his vacation, Patrizio is forced into the spotlight yet again in order to lure a potential killer, but this time, Jillian is at his side, and an old lover adds yet another complication to the deadly game that is being put into play. If they survive, will love be enough to overcome the tremendous pressures of his career, and his very public past?

I hope you’ll want to find out about these two special people. I am in the early stages of writing the book, but I am having a wonderful time with it and will happily keep you up to date with things if you’re interested! Maybe even post a scene from time to time? Please let me know your thoughts, and I’ll respond to any suggestions and/or questions you care to put forth!! (And, yes, the sexy guy in the picture here is my inspiration for the new book.)
3 comments: 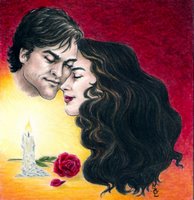 Okay, you've all seen Maggie's Artwork, this image is the opening page of my website. Well, her official website is under construction and will be going live very soon. However, the eBay Auction page is already in place and operational. This page will keep track of all the artcards that Maggie does, link you directly eBay if you're interested in having a look, or even giving you the option of watching the card without visiting eBay directly. As the auctions end, the cards vanish and new ones appear for bidding, so it's always current. I know a few of you have told me that you wanted to look at her work but the links weren't cooperating, so this will make it so much easier for everyone, Maggie included. There are four auctions live at the moment, one of them a gorgeous new wolf, and a mermaid! If you'd like to take a peek, here's the link to use:
http://mbloriginals.com/ebay.html
When the full site is operational, it will be placed in the links section, and at my website, of course!
No comments:

The Land Between The Seas, a world in peril, is the responsibility of one woman. Cryessa, High Priestess of the land by birth and training, is strong and commanding, but locked in a life and death struggle to protect her people from the King, who bears a centuries old hate for the Temple. Bound to her in slavery, prisoners of war and captives of fate, five men serve as her aides, her lovers, her slaves. One, however, is bound to her with something stronger, deeper, and utterly forbidden. Tamlohn, kidnapped and given to her in chains, chafes at his bindings, but continues to submit, in every way, because of his love and hers. The political climate in the kingdom is steadily worsening. King Throlock, like his predecessors before him, rules the land only for his own pleasure. He has been continually thwarted by the efforts of the Priestess, while his multiple plots to overthrow or control the Temple have failed. Each failure has only made the King more petulant, vindictive, and determined to hurt those who hinder him, particularly the beloved and dedicated High Priestess. Cryessa takes on the King and a centuries-old curse to protect her people, the temple, and the traditions she is entrusted to keep, no matter the cost to herself and her slaves. But, in a land steeped in ritual and magic, bound by rules that are indissoluble, can she protect herself from love—the highest form of treason?
Forbidden is Lila's debut novel, and it promises to be the first of many, so if you feel like being swept away to a world of love and passion, this is the book to take on that journey! For more information, visit Liquid Silver Books, or Lila's personal website!
Liquid Silver Books
Lila Dubois
5 comments: