Entering a whole new area of the "writing career" at last... Most of you who follow me know that I've pretty much been retired for the past few years. Between life and illness, it's been a difficult journey. But, I am hoping to be moving forward at last. To that end, the first new release in a long time is pending. From the World Romance Writers, a new anthology with stories set in Africa. It's a romantic suspense collection to some degree, and my contribution is set in Casablanca of 1942. So, have a peek at what's ahead because I'm sure it doesn't end with this tale... 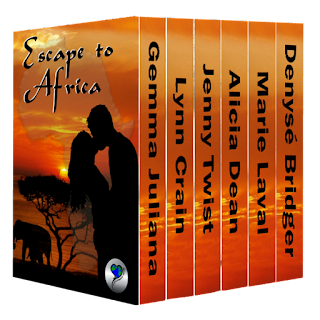 In late 1942, Casablanca, an undercover French operative is given information vital to the alliance, and it’s now up to her to get the microfilm to someone who can see it gets into the hands of the Allies. Isabeau Renault has kept her cover in place for over a year in Casablanca, and probably saved countless lives because of her activities, but with the resistance being choked by the Nazi stranglehold, will she be able to get the most important intelligence she’s ever held safely out of Casablanca, or will she die trying? It all hinges now on the owner of a popular café, an American named Cade Maddox, a man few know anything about, but who appears to have a friendly relationship with the Prefect of Police, and several German officers. 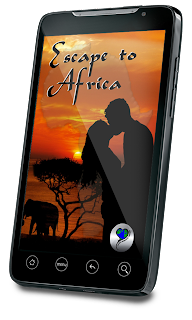 “I will join you at the bar, Monsieur,” she repeated. “In five minutes!”

The rapid, muted voices that followed her assured her the maid, Diata, was living up to her fierce name, the lion. She sat at her dressing table and took quick inventory of her hair and makeup. Dark, curling tendrils escaped the elaborate style and she twisted them back into place and tucked pins into the coils. She picked up a brush and dusted darkly tinted powder across her cheeks, peering closely at her reflection. She barely recognized herself these days, but it kept her alive and unnoticed among the citizens of Casablanca.

Gathering her wits, she took a deep breath and stood. Eluding Maddox was more draining than it should be, but something about the man got under her skin and made her jittery. The man was impressive, six feet plus in height, dark eyes, tanned skin, he looked at home in Casablanca, though she knew he was American by birth. Braced for the on-going deception, she stepped into the narrow hallway and walked to the main area of the café, her casual manner wholly feigned. Inside she was shaking in her sandals as she prepared to dodge Cade Maddox and his too shrewd eyes.

“What brings you here, Monsieur? You’re usually holding court at the Stardust this time of the evening.” She sat at the small corner table he’d chosen, the strategic position not escaping her notice. From here the entire main room could be watched, while the wall at his back assured no one could approach him unnoticed.

“I was planning to lure your dancer away to work for me,” he said. “Jolene keeps running them off just when the Germans get used to them.”

“How unfortunate for you.” She shook her head when the bartender began to approach the table with a drink for her. He shrugged and headed back for customers who did want to drink.

“Why don’t you drop in this evening,” Cade suggested. “I’m expecting company that might interest you.”

“And why do you think your company would interest me?”

She hadn’t made eye contact with him since sitting down, and he clearly hadn’t missed the ruse. He’d told her on more than one occasion that she intrigued him, and because of it, he was determined to discover what she was hiding. For his sake, she prayed he never did!

For a moment silence hung between them. A smile tugged at the corner of his mouth, and he nodded. “Drop by this evening, you might enjoy yourself.”

“I’m busy this evening,” she told him, “if things get boring here I’ll consider your offer.” The scrape of the chair moving indicated he’d left his seat. A slight displacement of air seconds later and he was gone, footsteps so careful they were soundless. Maddox was an enigma she had no time to figure out, he could be dangerous to her. Before she could think too much about it the bartender shouted her name and it was time to get back to business.

As the evening wore on, Isabeau wondered if Cade could be trusted. The question plagued her as she went about her business, serving drinks, flashing a false smile, and presenting yourself as the perfect hostess. This was a job she could do in her sleep, she’d been in Casablanca for several months, even the false face she wore had become much too familiar. And much too comfortable. Her intuition had often saved her so she rarely disregarded it, and against all good sense she knew Cade Maddox was someone she was going to need if she expected to escape with her life.