Sensuous Promos is beginning their week-long new release package for me today, and the Author Spotlight is live now if you'd like to drop by. CJ has made a gorgeous bookmark for me that I'm having printed later today. (Take a peek at it here on the side!) Plus, there's a giveaway at the end of the week, so stop by if you have the chance! I HIGHLY recommend Sensuous Promos  the service and attention given to your requests is excellent!!   Their prices are reasonable and affordable to any author, as well.

The spotlight is here:
http://sensuouspromos.blogspot.com/2012/09/author-spotlight-denyse-bridger.html

All site links, and Facebook, Twitter, etc., are listed on the blog site, too. If you're looking for great promotional work at good prices, you really should check out this new company!

Why do a review?

All right, straight up front I’m warning you that I’m about to have a quick bitchfest here. I know I’ve talked about reviews, and now we’re going to take another foray into the murky waters of reviews. (See, this is why you were warned!)

I’ve noticed a trend recently that makes me wonder many things, mostly it makes me wonder if people have forgotten how to really read? I realize we’re all pressed for time, but if you want to read a book and then offer thoughts on it, wouldn’t it be prudent, and a little more fair to the author, if you actually took the time to do it with honest thought? What brought this on, you wonder? Well, I’ve published two short stories with Ellora’s Cave, and I was sent a couple of recent reviews that made me wonder about this very issue!

So, you buy a book that’s classified a “Quickie” by the publisher. For those of you who miss the obvious connotation to the imprint name, this means you’re purchasing a short story between 7500 and 15,000 words. So, up front you know you’re getting a short, sexy, intense story–a Quickie! So, realistically, why would the bulk of your review complaint be that the story was not long enough? That you wanted more is very flattering to the author’s skill to tell the story, but is it fair to actually denote your review “stars/points” because of the story’s length? Think about that before you exercise your right to influence other people with your statements and thoughts. How fair are you being? You knew going in the story was short, didn’t you?

Then there’s the other “complaint” I’ve seen about my first book–it’s written in first person and I hate first person. Again, you (the reader) knew that going in, the excerpt on the websites illustrate the first person narrative. So, if you don’t like that voice, why did you buy the book and decide to use your dislike of a style to diminish the author’s work? See, for me, as an author, none of this matters much–I’m going to keep writing and you’re going to keep reading and reviewing, maybe not my books, but other people’s. Let’s just say this–try to be more fair in your observations in future, for other readers and for the authors you support. Not everyone writes a “winner” every time out, but most of us work hard at what we do. All we ask is that you give us a fair chance to entertain you.

I’ve already bitched about the way Amazon allows reviews, but a final note to that. Making snide comments on the other reviews, or hitting one star so you can drop the five star rating on a book is showing what an ass YOU are, not how bad the author is, so think about what you’re doing there, too. At the end of the day, people are never going to wholly agree about any artistic endeavour, so why not use some balanced judgement and diplomacy when you’re going to write a review. Rants might entertain your friends, but as a general rule, they do nothing but alienate serious readers.

Amazon Reviews - Are they worth reading? 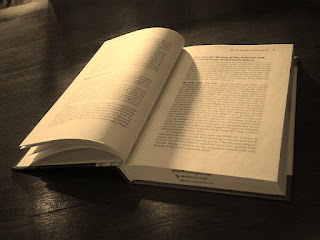 Earlier today I was researching titles for a craft list I’m putting together for writers looking to improve their skills. I decided to send a recommendation to a friend while I was on the Amazon site, and popped over to the Kindle store to send her links to the set of books. While there, I thought I’d have a look at some of the reviews of the two titles, and quite frankly, that’s why I’m writing this blog. What I saw in terms of ignorance and just plain nastiness was really sickening.

Every author gets bad reviews, I often pay little to no attention to them anymore because like all art and interpretation, it’s as varied as the individuals who comment or snark. What I see on Amazon much of the time is a disturbing form of bullying in some ways–readers who run and grab books when publishers offer them for free, then they proceed to trash the author and the book they’ve been given purely as a promotional gift. I’m not an advocate of silencing all negative reviews, but honestly people, if your purpose is to simply exercise your “power” to say shit about the work and try to discourage others, get over yourself–and try remember what your mother should have taught you about not saying anything at all if you can’t say something nice or positive. I actually saw a review on one of my books that said the five star reviews must have been written by friends of the author…and honestly, they weren’t! That kind of bitchiness is just part of what’s wrong with allowing any and all to “review” books on a site like Amazon.

What pissed me off today had nothing to do with my books, but with two titles that are quite frankly among the most lyrical and beautifully written books I’ve encountered in many years: Gabriel’s Inferno and Gabriel’s Rapture, by Sylvain Reynard. I was looking at the “one-star” reviews–and we’ll use the term review very loosely in this instance, since the truth is they were nothing more than bitchy snarks for people complaining mostly about the fact that the books didn’t have sex or BDSM. Several people were whinging on about how the books weren’t like Fifty Shades, even. What a joke! Yeah, they weren’t badly written, plagiarized crap that was barely researched and insulting to thinking women everywhere. These books are about a love story, told with subtle skill and lyrical language. They are intelligent, thoughtful stories of a passionate, dangerous love affair.

Before anyone has a coronary over my statement about Fifty Shades, bear in mine, I have read the books, and reviewed them with fairness, not bitchy snarks–and I’ve discussed them in psychological terms, as well as literary terms. One of the biggest failings of the novels is the careless manner in which they address dangerous behaviours and the negative messages they send to women everywhere.

Sylvain Reynard’s books may not be to everyone’s taste, and that’s true of every novel ever written, but I really DO resent the shit that is written about work by authors who are gifted storytellers. If sex is why you buy a book, don’t pretend to be a literary critic–there are a million books out there that will cater to your needs. Stating you want your money back makes you look like the crass moron you are, and those who follow you and repeat that shit mentality simply prove their ignorance, as well. Be balanced when you write a review, assuming you know how to be, and most of all, if all you have to offer is a negative statement based on your need to exercise your right to be an ass–don’t bother.


In modern Toronto, two vampires stalk the night, their hunting a game that is seductive and deadly. In a darkly compelling Goth Club, they find the prey they seek for their pleasures, and the night runs crimson with blood and unquenchable thirsts....