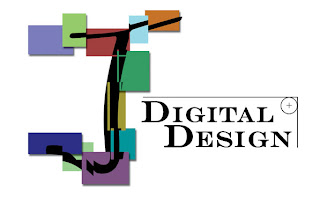 This the website of the very talented young man who's designed/created the amazing trailer for my fantasy novel. Check out what other great stuff he does!! Click on the logo and have a peek!
No comments:

I received a lovely surprise mail this morning! Thanks so much to everyone who made this one happen!!!
Have a look: Book Tour Featured Author
If you're an author who wants to register to use this FREE service, click on the sign up link on the sidebar, or HERE
Hey Denyse—

I wanted to be the first to congratulate you on being Book Tour's featured author today (Sunday)! You referred more authors to the site than anyone else.

Sometimes you find yourself wondering and wandering, doing all kinds of mental aerobics as you contemplate written words and how worthwhile they might be to someone other than yourself. I’m having one of those days, can’t you tell? So I thought I’d just have a mindless amble along my own internal pathways and do it with words! Hey, writers do this stuff and call it therapeutic, don’t ya know?

It’s been an exciting and exhausting week, the release of my first major book, the idea of publicly sitting down to talk to an audience about the book, it’s creation, my thoughts on the process, and actually signing copies of the thing for total strangers. It’s overwhelming and exciting and somewhat terrifying, even though this is supposed to be the pay-off at the end of a long and excruciating process. I say supposed to be because the jury is still out on how rewarding it will all be to my over-taxed nerves and brain! You’re laughing now, I can feel it. People who know me are laughing… and they haven’t seen me face my audience yet!

Have discovered, via a much more observant friend, that I’ve been listed with Barnes and Noble, too, which is majorly exciting… What can I say, it doesn’t take much to make me happy as a rule, so I’m easily amused. Oh, and somewhat self-deprecating in case you haven’t noticed that before! Irony is a lovely thing…

I have about a dozen new projects on the go at the moment, but today is one of those days when none of them look good, honestly. Have taken to actually reading some of it, and that’s never a good idea for me. I usually don’t read anything I write, unless I have to, then it’s usually only to do the line edits. I love the story in my head, I’m not always wild about it once it’s on paper.

At any rate, I’ve probably babbled more than enough with this, so I will close this post with a wish that all of you are having a fabulous weekend. I’d love to hear from you once you’ve read the new fantasy, As Fate Decrees, since it is a real achievement and authors love to hear their readers comments, believe me. Take care of yourselves, one and all, and thank you for staying with me on this amazing journey…
1 comment:

I'm giving away a book today!

Interviews and other cool stuff!!

SO, the first mass market release is now a reality, and I really hope you all enjoy the book and will let me know your thoughts!!

For those who want to hear me chat about this book, a new podcast interview has been posted, and you can listen here: New Audio Interview

WANT TO TOUR THE WORLD IN TEN MINUTES? NEED SOME GOOD "GUIDE" BOOKS?
If time could be altered and you could take a 10 minute trip around the world, where would you go? What "guide" books might you need?

We have some suggestions:

Your first stop in this 10 min. tour should be Greece.

Who doesn't like Greece, with their ruins, culture, and extreme heat. To prepare for this first stop, read As Fate Decrees by Denysé Bridger and brush up on your Greek mythology. Set in ancient Greece herself, this book becomes available tomorrow (August 15th, 2007) through amazon.com, amazon.ca, and directly from the EDGE website. Let Denysé be your guide. Her
recent interview podcast even has some great advice on writing and getting published.
Podcast Interview
If you don't like the heat, perhaps this second stop will be more to your liking.

Strap on your skis and go to The Colorado Book Awards (see below for the link) where Rebecca K. Rowe's novel "Forbidden Cargo" is a finalist. The awards are held on October 17th 2007. After the awards, curl up by the warm, cozy, stone fireplace and follow the adventures of the Imagofas of "Forbidden Cargo" in their daring attempt to return to Mars from Earth.

Perhaps you would prefer to travel further south?

Then come down to Mexico and experience the infamous Gypsies' lifestyle. Amber Hayward's novel "Darkness of the God" follows Ana in her outright battle with Caldos for psychic supremacy.

This trip would yours to take, if only you could travel around the world in 10 minutes.

For now, we hope you can be satisfied by reading these "guide" books:

2008 Releases (forthcoming):
JEMMA 7729 by Phoebe Wray
Petrified World by Piotr Brnyczka
Clan of the Dung-Sniffers by Lee Danielle Hubbard
The Hounds of Ash and other Tales of Fool Wolf by Greg Keyes
No comments:

Greetings,
As some of you already know, the deadline for our "As Fate Decrees" giveaway is close at hand. You have just four more days to enter your name. Visit the video page, and answer these questions.
1. What is the name of the song playing in "As Fate Decrees"?
2. What is the name on the cardboard box in "The World is Too Small for Sarcasm Poem" in i-ROBOT video?
We have had a few people already answer, however we still encourage more to participate because there are still some copies of the book left to give away!
To enter your name, visit our website, watch the videos that are linked off of the main page, and fill out the newsletter form complete with your name, address and email so that we may contact you if you win. Be sure to state your answers in the comment field. We strive for privacy, and we will not sell your information, or give it away, to any third party companies. And don't forget to prepurchase your copy off of Amazon.com, Amazon.ca, or through us - CLICK HERE - and take advantage of our free shipping in North America.
Amazon.com (USA)
Amazon.ca (Canada)
EDGE (Publisher)
AS FATE DECREES
ISBN-10: 1-894063-41-4
ISBN-13: 978-1-894063-41-8
$15.95 US
272 pages
Thank you for your participation.