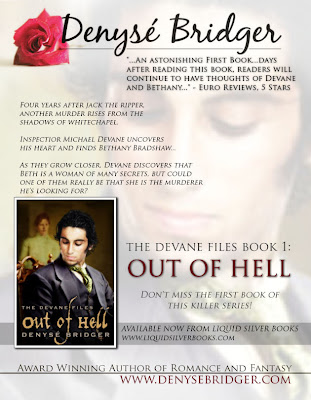 Buy the book HERE
No comments: 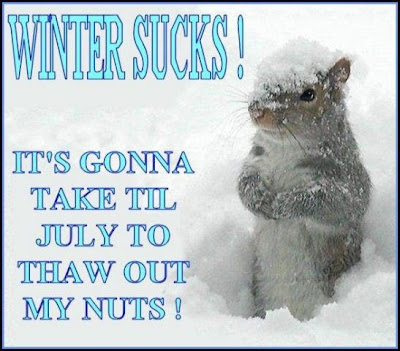 Okay, here it is, the first release from Absolute XPress:

Randall Stone is the stuff of heroes, a mercenary given a discharge from the army he has served with his life. But the government is still interested in using the skills they've taught Major Rand Stone, and he continues to work with his hand-picked team. Into his shadowy world a light has come, and in her love, Stone discovers unhoped for joy, and, perhaps, unbearable sorrow?
Read an excerpt HERE
No comments:

Hi Denyse, I loved it, It really made me giggle and smile. It was so hilarious.
Thank you, it cheered me up.

That was just what I needed today, Denyse. Thanks a bunch!

Oh, and the two of your really have some awesome moves. LOL

Nice footwork! Dancing with the Stars might be in your near future!

Too funny! Neat too!

yep..dancing with the stars is definitely next!

Can't beat this. So good and entertaining to watch. Cheers, Peggy

This one is my favorite only because I am an avid Saturday Night Fan and I LOVE the Bee Gees. LOL

Watch what you're doing with that pitch fork pet - you do someone a mischief with that........LOL!!!!

So acrobatic with a pitch fork as well. WOW!It was enjoyable, nevertheless. Good one Denyse!Love Peggy 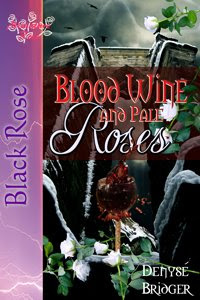 For being a short read may I just say WOW! The amount of passion and description in this story rocked my world. I especially enjoyed the visualization that Denyse writes with. The passion for her work as well as the passion between her characters is vibrantly vivid....
To read more, visit Bitten By Books
2 comments:

D. Barkley Briggs has worked in radio, marketing and new product development. He also pastored for 11 years. After losing his wife of 16 years, Briggs decided an epic fantasy might inspire his four boys to live courageously through their loss. The Book of Names is the first in a series of adventures set in the Hidden Lands of Karac Tor. Briggs has since remarried and now has eight children. Learn more at http://www.hiddenlands.net/

It was supposed to be a routine Thanksgiving break. But when Hadyn and Ewan Barlow discover an ancient Viking runestone buried on their family farm, they unwittingly open a magical portal to another world. Fleeing grief and broken dreams over the loss of their mother, the two brothers find themselves hailed as Champions in the Kingdom of Karac Tor. But all is not well. Nemesia the witch is releasing shadows over the whole land. Names are being stolen from The Book of Names, the most sacred relic of the kingdom. Before long, the Barlows realize they must find the courage to fight, or they will never find their way home. There’s just one problem: even if they win, will anyone know how to send them back?

(By now, the chilling truth has sunk in: Hadyn and Ewan are in a strange, new world. It’s not a dream. As they journey toward the capital city of Stratamore, hoping to find someone who can send them back home to Missouri, they are attacked by an angry mob of birds and five drone-like teenagers who have been following them for unknown reasons. Accompanied by Sorge the Gray Monk, Asandra the mirling, and a grumpy, stouthearted gnome named Flogg, the brothers take temporary shelter in a small structure called The Stone House.)

Sorge glanced out the peephole cut into the wall, “The birds that attacked us are a Flight of Crows. Sorcery makes the birds fly swifter, with focus and greater rage. They even seem to multiply. It’s Nemesia’s doing, I’m sure. Ewan, lock the door. Everyone else up against the east wall. Stay flat and still.”

Scooting on all fours, Ewan found the latch and slid the bolt. They all pressed against the stone wall, though Flogg seemed more irritated than afraid. Outside, amidst scattered, low voices, a sound drew near. Feet crunching on pebbles.

Memory jarred Ewan. “Sorge, the hole you made!” he hissed.

Quickly, Sorge smeared the rock face with his fingers. The surface sealed under his touch as if made of paste. At the wall, he drew himself to his full height, staff in hand. Pacing feet now ringed the Stone House. Only the four walls stood between the hunters and the hunted.

The five outside circled the Stone House with slow, deliberate movements—once in full, then twice. The light sound of flapping wings returned. Claws scratched against the thatched roof. Squawking. On the third circuit, something like fingernails began scraping the rock wall. Inside, the air strangely thickened, so that Ewan found it hard to breathe. A strange heaviness began oozing under his threshold of conscious thought, like smoke slipping under a door, making it difficult to think clearly. He fought it, trying to focus on a spot on the far wall. Beside him, Haydn leaned hard against the stone, as if using it to hold himself up. Matted blood was stuck in his brother’s hair, smeared on his face. His ragged breath strangely comforted Ewan, to know he felt it, too. They were both fighting the same thing.

Though Sorge had counted five, only one voice arose from the artificial calm. It was creepy and directionless, drifting like a leaf in the wind, leeching through the stone, shiftless and flat.

“Who travels...so far?” the voice said. It was male, not old. He sounded neither curious nor fearful, stringing words together like pearls on an open loop before letting them tumble thoughtlessly to the ground, unclaimed. Other voices rose faintly in response, moaning like wind on a barren plain. “Who journeys...through...the skies to the home...of despair?”

More soft strides on padded feet. More scraping. More bird noises. Strangely, none of them even attempted to peer through the high windows. Perhaps they didn’t care. Perhaps this was all some bad dream, or a very bad joke.

When a hard fist suddenly rattled the wood planks, Ewan jumped. So much for that theory. Sorge reached out to his left and right, placing a steady hand on the shoulders of both boys. He put a finger to his lips to focus their thoughts. Shhh...

Another thump, this time harder, as if one of the people outside had taken a heavy stone from the pond, and was trying to smash the door apart.

Thwack! By now, the birds had gone wild, dancing and squawking, flapping and pecking.

Thwack! Another blow and the door would surely shatter. Ewan found himself straining to concentrate. The what? What had he called them? The last word had drowned in the clatter, but Ewan thought he heard it: the Nameless. The boy’s voice had an gooey, sticky quality. The words formed questions, yet at the same time seemed passionless to any answer that might be given. Ewan’s head spun. The voice in his head felt foreign on the one hand, yet it entered his brain with a sense of relief, leaving a residue of thought he could not wipe away. He shook his head angrily, saw Hadyn making a similar gesture. Ewan wanted to scream, to force it out of his head. The same young man kept droning on:

“Do not think proudly, outlanders. You have come for no great purpose. Let me show you the beginning...of the way of peace: Nothing matters.”

The other voices joined in, creating a soft, uneven chant: “Nothing. Matters. Nothing.”

It seemed to crescendo. Ewan braced for the door to splinter. Wings flapped wildly. Sorge’s knuckles were white on his staff. Asandra’s face glistened in the half light.

Then, simply nothing. They were gone, the sound of their feet trailing away to the south, lost amongst the whispering grass and the generous curves of dimpled land; lost in the slow circles forming on the water where silver perch topped the pond, gulping for mosquitoes. Birds and voices alike—gone.

Hadyn sank to his knees. In the warmish light, his face was pale. “We shouldn’t have come, Ewan. We should be home right now, with Dad. Not here, wherever this is. I’m so sorry.”

Ewan struggled to catch his breath. He felt the same. But home was a long, long way away...