In modern , two vampires stalk the night, their hunting a game that is seductive and deadly. In a darkly compelling Goth Club, they find the prey they seek for their pleasures, and the night runs crimson with blood and unquenchable thirsts....

Mortal heartbeats were an undercurrent to the steady throb of the music that reverberated throughout the noisy club. Youth…wild and insolent with the deluded certainty that they were immortal and untouchable. A cool smile curved his thin, vaguely cruel mouth, though none who might have witnessed the expression could ever have understood the source of his macabre humor. He toyed with the glass in his hand, long tapering fingers stroking the smooth surface, remembering her skin. He looked at the young people who drifted through the room, each locked in their own worlds. They played at death and immortality, but the truths would terrify them.

A soft, breathless whisper drew his attention outward, and he looked down into the simulated death-masque of a girl who could have been no more than twenty. Her desire was naked in her hazel eyes and he caught her wrist as she reached out to touch him. Amused in his dark, decadent fashion, he lifted the slender limb he’d captured and stroked a caress over the throb of life that pulsed rhythmically beneath the pale surface of her skin. She watched in rapt fascination when he bent over her wrist and he heard, distantly, the gasp of pain and pleasure as razor-edged fangs pierced her vein and he drank. The explosive force of her sudden climax reached him through the taste of her blood, and he licked the tiny wounds he’d made, healing them instantly.

“Would you like to dance?” she asked, a glimmer of irritation and shock in her tone now that he refused to look at her further.

“No.” It was curt, a dismissal. When she was reluctant to accept the obvious suggestion, he permitted himself the luxury of inciting fear. Ancient, odd-colored eyes flickered with golden fire, and the girl gasped. This time there was no pleasure in the sharp intake of air.

Seconds later, he was alone once again.

But she was getting closer.

Moving deeper into the underground nightlife of Goths and thrill junkies, she strolled in complete ease. It took only a short time to locate the bar Demetri had named earlier in the evening, and she approached it with mild curiosity. She stopped on the sidewalk, immune to the mutters and curses her abrupt halt caused as people stumbled around her. The sign drew her eyes upward. Her mood transformed and became wickedly delighted as she read the name: .

He couldn’t have picked a more appropriate place, she mused. She didn’t doubt for an instant that she would find him inside; his presence was like a flame illuminating the path that would lead her to salvation. Or, more aptly, eternal damnation.

Smiling now, a secretive and deliberately seductive curve to her mouth, she answered the siren-song of her lover’s call. A crowd was standing outside the entrance and she walked past them, ignoring the mutterings of discontent her audacity incited. The young man who stood at the door, selecting the clientele for the night, stared at her. His smile was like so many she’d seen that night, speculative and calculating and absurdly oblivious to the mortal danger he was in as he lusted for her.

“What can I do for you, darling?” His faint British accent added a pleasant lilt to the insolent query.

He was a nice-looking boy she noted with a sweeping glance: tall, fair and filled with his own importance.

“Let me go in and you can have whatever you want, sweetheart,” he murmured when he leaned close and his tongue flicked at the lobe of her ear.

“Later.” She locked her gaze with his, penetrating his mind with little effort. “You’re busy at the moment,” she added with a light nip at his bottom lip. She chewed the trapped fullness of his lip and laughed when he pulled back abruptly, a droplet of blood staining the corner of his mouth. She leaned close again and licked at the crimson smear, an electric shock of excitement exploding in her veins when the metallic taste lingered on her tongue.

She stepped past him and went inside, laughing as she released her mental hold on him and felt his confusion drifting out of her awareness.

The unexpected voice startled her and she reluctantly looked away from her lover. The newcomer was tall and thin, dressed in midnight-colored pants and vest. His shirt was a frothy creation of soft cotton and lace-trimmed cuffs. His hair was shoulder-length chestnut silk, haloing a face that reflected both innocence and sensual knowledge. He was rather exquisite, she conceded silently.

She nodded and allowed him to guide her to the bar. She accepted a glass of red wine and strolled toward the central row of tables. As expected, the boy followed her, but they stopped at the half wall that ringed the dance floor instead of moving into the shadows where tables afforded more privacy to the patrons. She leaned on the wide ledge that acted as a counter surface for all who stood there, and peered at the gyrating dancers who turned the area into a roiling sea of color and motion.

“You’re very beautiful,” the young man whispered, almost as if he were afraid to let her hear the words.

“Thank you,” she replied into his ear. “What is your name?”

“Cliantha.” Her response was vague as she searched the room for Demetri. As before, the pale glow of his presence drew her. The tingle within her began to fan outward, the warmth and longing becoming more intense with each moment that he denied her his touch.

She closed her eyes and shuddered as her body ached with aroused hunger. Demetri’s voice inside her head was a caress, a promise of passions and madness to be sated and indulged at their whims. His displeasure at her companion’s attention amused her, but she wasn’t foolish enough to disregard his annoyance. She looked at the boy and smiled. Before she could utter a sound, she felt Demetri at her back.

“My love,” she murmured as he pushed aside the collar of her silk jacket and lowered his lips to the bared curve of her neck. A flush of warmth rippled her spine and she felt her stomach lurch wildly as she pressed herself back against him.

Demetri’s quiet command sent the boy away instantly. Cliantha squirmed against him when his hands pulled her hips more snugly to his.

“Why did you want to come to this place, Demetri?” Her voice was breathless as their bodies moved in subtle rhythm with the blaring music. She tried to turn, but he refused her movement. 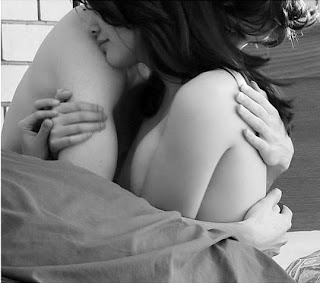 There is always that moment in time when life takes all the joy it has given–no warning, no compromise, and no return to what should have been. Love, we are taught, is what gives us courage, strength, even purpose to a large degree. So, we seek it, in every heart we meet, and when we recognize it in another, all the poets and artists of the ages suddenly make sense to us. We have arrived at our destiny, and the world is a place of beauty and promise unlike anything we’ve ever known before.
I have been to this heavenly place, recently. After a lifetime of being a solo act, I encountered a heart that matched my own so perfectly, I was in awe of it all. Even our darker sides were the same, we understood each other in ways I didn’t think possible. We were arrogant in our trust and our certainty that united we would never fall. God, how naïve and wrong can two adults be? I wasn’t long discovering that what life grants you in happiness is paid for in pain.
Two people with a lot of distance between them have to reach out and trust with all they are if they’re to hope for a future that is shared. Living in the moment is a requirement and you have to believe what you need and love is real enough to stand the tests you will endure. What a shame there are people who are threatened by your happiness to such an extent that they lie and cheat and manipulate until your faith shatters and love becomes hate before you ever have the chance to understand how it happened.
No one will ever fully know how deeply sorry I am for things said and done over the past couple of weeks–especially the person I wanted least to hurt with what needed to be done. I believed in fate, and hope, and love–so much that it blinded me to liars and insidious players. What I’ve lost can never be recovered, but it will haunt…and I will always grieve for the love that should have been forever and never got a chance to grow.
4 comments: