Lisa Jackson is back!!! 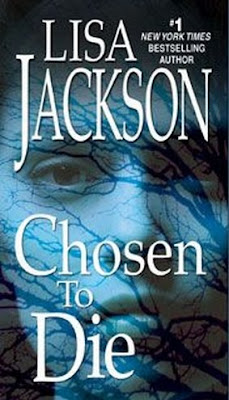 HE’LL CHOOSE THEM…Detective Regan Pescoli has worked the “Star Crossed Killer” case for months, never imagining she’d be captured by the madman she’s been hunting. Regan knows exactly what he’s capable of—the way he leaves his victims to freeze to death, terrified and alone. And avoiding the same fate will take every drop of her courage and cunning.
ABDUCT THEM… Regan Pescoli is unlike any woman Nate Santana has met before. But now she’s missing, and Nate knows something is dangerously wrong. The only person who can help him find his lover is Detective Selena Alvarez, Regan’s partner. As Selena digs deeper into the Star-Crossed Killer case and the body count rises, the truth about Regan’s disappearance becomes chillingly clear.
AND KILL THEM… In the desolate Montana woods, evil is lurking. And with time running out, the only way to save Regan will be to get inside a killer’s twisted mind and unravel a shocking message that is being revealed, one body at a time…
Here’s the latest from Lisa Jackson! She’s following the success of last summer’s five-week New York Times bestseller LEFT TO DIE with CHOSEN TO DIE, on sale July 28th. In it Lisa takes readers back to Montana where the worst blizzard Pinewood County has seen in fifty years continues to rage. They’re also reunited with the Grizzly Falls Sheriff Department and detectives Regan Pescoli and Selena Alvarez who, contrary to news reports, are certain that the first serial murderer ever to hunt in their part of the state has not been captured—and that the horrifying trail of murder in the Bitterroot Mountains is far from over.

Once you get a chance to enjoy and recommend this book, and I’m sure you’ll agree that, once again, Lisa delivers “the goods”—nail biting suspense and memorable characters—as she weaves the story of a relentless murderer who leaves behind a trail of frozen corpses, desperate visions, and a Sheriff’s department convinced that their instincts are right, that the murderer remains at large and is ready to strike again. They’re not about to stand down—especially when Detective Pescoli is suddenly discovered missing and, as with the killer’s prior victims, her car is found crumpled and abandoned.
If you’d like additional information visit www.lisajackson.com