Shades of Death is a novel many readers find difficult to define. I have to admit, I'm at a loss myself with this one because it encompasses many genres. I wrote it in two distinctive parts, and while it is a short novel, it's one that touches on a number of intriguing themes, Christianity's connection to the vampyre, modern research, paranormal investigations, and a touch of romance, of course. If you haven't already read this one in a previous release, I hope you'll enjoy this newly re-edited version. 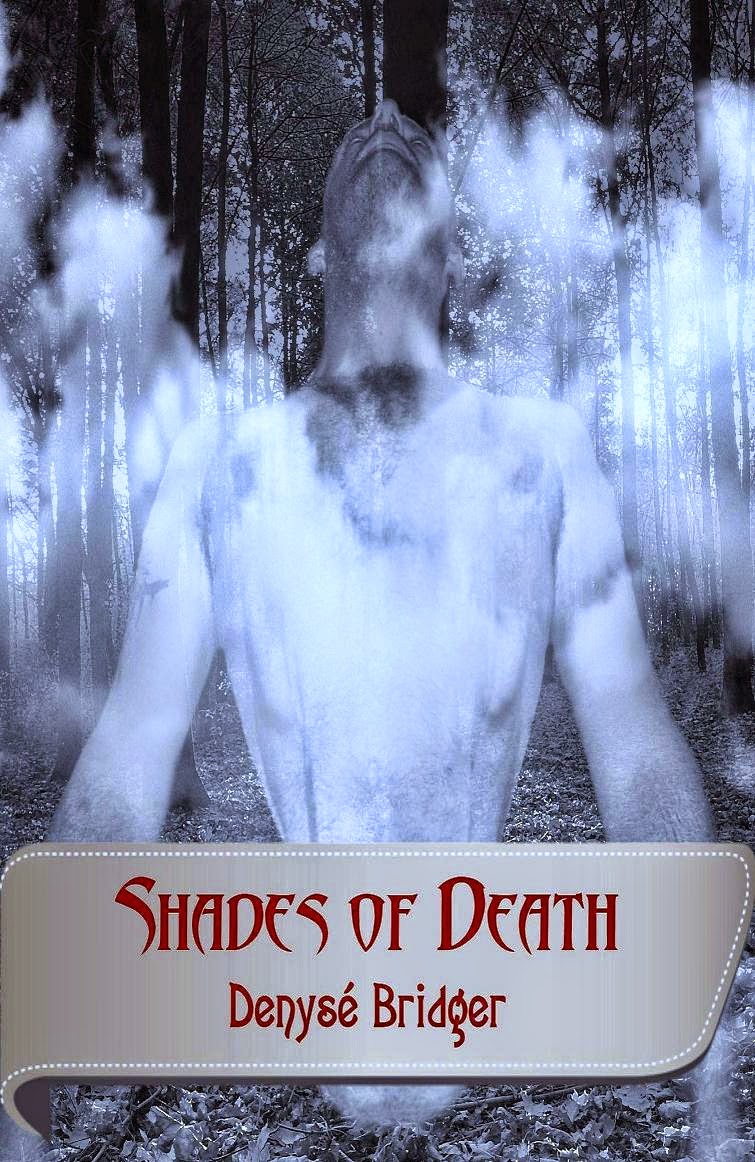 Death has many shades and shapes... Deep within the ageless , an ancient evil wakes. Imprisoned many centuries ago, the creature has waited, patiently, for the one destined to grant her freedom. Arienne Lereaux has studied the preternatural menace called "vampyre" for most of her life. She is an expert in the field. Loosely affiliated with a secretive organization called The Institute of Paranormal Research and Investigation, she turns to them when she unearths what may be the first representation of the vampyre ever to exist.

The enigmatic and attractive Head of the Institute, Adam Raven, has spent a lifetime tracking the clues left by his mother's disappearance in the mountains of nearly twenty years past. When Arienne arrives at the secluded island headquarters of the Institute, he wonders if she holds the key to finding his lost mother. But before too many days pass, the city of is rocked by a series of grisly murders. As it races to find the culprit, the Institute faces an evil unlike any it has encountered before...

In the middle of their hunt, another branch of their network is making a scientific breakthrough in genetically heightened telepathy. The team responsible may soon hold a weapon that will have world powers at their door—until their lead scientist vanishes  after leaving to consult Raven and his people. Ancient myth is suddenly not myth, and evil may take many guises before the Institute can restore the delicate balance that was destroyed the night Arienne stumbled into a remote castle in the mountains half a world away…

Exclusive excerpt from Chapter One:

The Institute of Paranormal Research and Investigation, ,

Testimonials for Shades of Death:

Shades of Death was a great read from beginning to end. Just about the time I thought I knew what was happening, a new twist would come into play. I found myself riveted to my seat each night in front of my computer, reading and waiting to see where I would be taken to next. My only complaint is that this should be a movie and there had better be a sequel. ~~ Penny Adams, avid reader

In Shades of Death, the characters and the storyline draw you in so much that you forget time, you have to keep flipping the pages until the end.... ~~ Patsy Marshall, Book Club member and avid reader

Denysé Bridger's hauntingly suspenseful story kept me spell-bound from the first chapter right up to the last. It was hard to put down, and impossible to forget! ~~ Lisa Vance, Author